There are many universities in Donetsk, one of the most popular cities in Ukraine. Donetsk is a megapolis, financial hub, highly industrialized as well as an educational and scientific center. 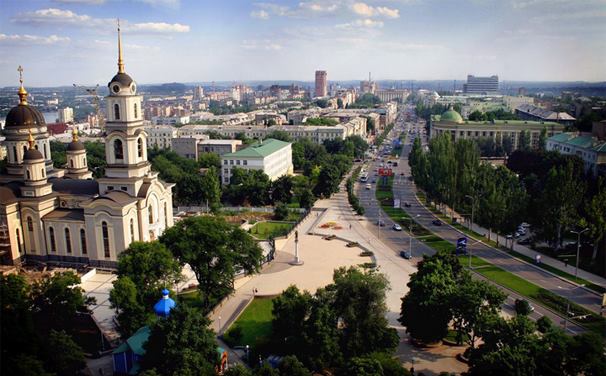 As at January 1st 2012, Donetsk had a population of 969,500 permanent residents and about 971,000 inhabitants, making it the fifth most populated city in Ukraine. It is also usually referred to as the city of roses, due to it’s historical landmark of having one million (1,000,000) roses that represented one rose for each of the million residents.

It is indeed a beautiful city with lots of beautiful scenery and natural landscapes. After the successful hosting of the Euro 2012 prestigious football tournament, the city has witnessed a rapid growth in businesses, tourism and international students studying in any of the numerous quality higher educational institutions in the city.

The city’s history dates as far back as 1869, when it was founded. Endowed with huge deposits of coal, this gave rise to lots of mining activities and sparked industrialization and growth of the city. Donetsk city is the administrative center of Donetsk region.

As an educational and scientific center, Donetsk is home to many educational and scientific higher institutions. Universities in Donetsk are among the best universities in Ukraine, in areas of medical and health science, engineering, humanities, social sciences, and applied sciences. Some of the universities are licensed and accredited to train international students in degree programs, such as bachelor’s degree, masters and postgraduate courses.

Below are listings of the major universities in Donetsk, licensed to train international students.

Donetsk city also boasts of one of Europe’s best football teams, the Shakter of Donetsk, with a state of the art olympic size stadium situated in the heart of the city. The football club is the pride of the city, and sporting culture is well developed and loved by Donetsk citizens and inhabitants.

Below is a video clip about Donetsk City, prior to the hosting of the Euro 2012 football tournament, that had some matches played in Donetsk.