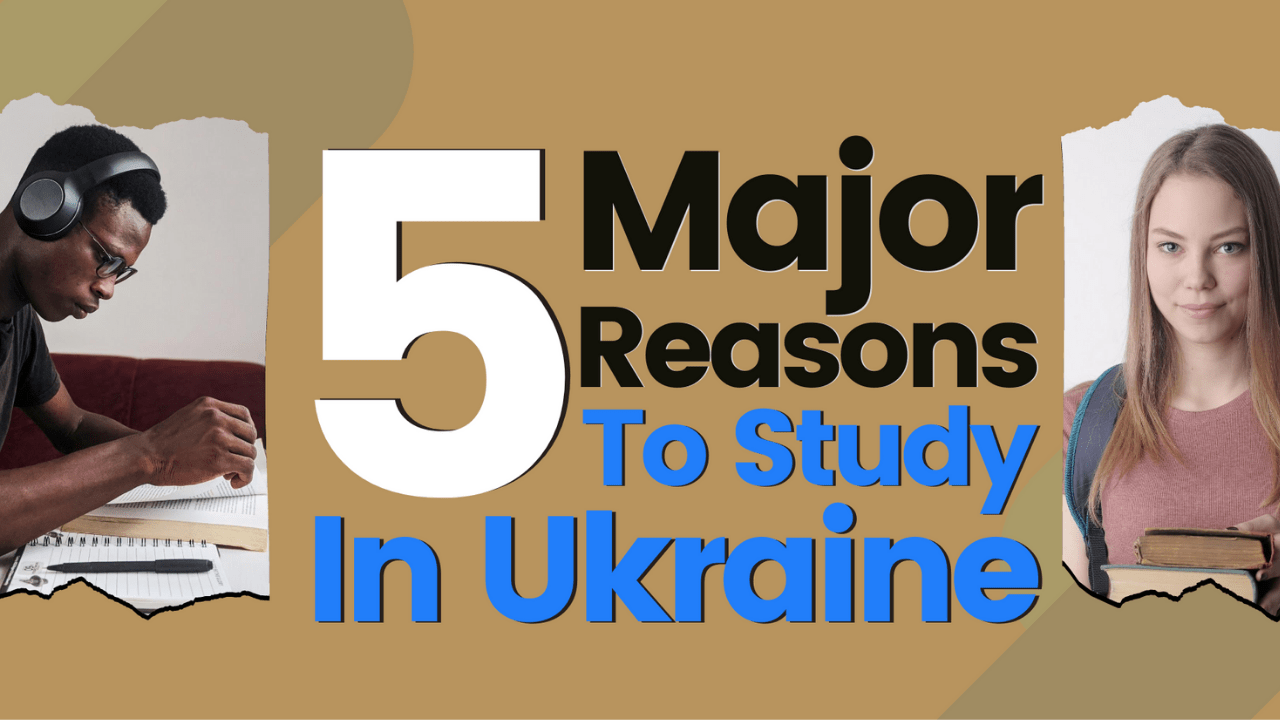 As a disclaimer, these are not the only reasons why foreign students choose to study in Ukraine. We assembled them based on what both parents and students have shared with us, as to why they opted for Ukraine as their educational destination abroad.

With that said, let’s begin the countdown, starting from #5.

Ukraine’s admission is one of the easiest in Europe and the world over.

In many other western and European countries, students from even English speaking African & Asian countries are made to first undergo time-consuming and costly language tests such as IELTS or TOEFL, to reconfirm their knowledge a language they speak natively.

In Ukraine, that’s not the case, as students from English speaking countries are not subjected to additional stressful tests to reconfirm their knowledge of the language.

The entire admission process is based primarily on satisfying the academic requirements, and of course, the financial aspect as well.

A candidate that satisfies the academic requirement for the chosen course, and can afford the cost, is eligible for university admission.

Also, in most cases, the candidate doesn’t have to first pay the tuition as a prerequisite for the admission. Tuition and other applicable payments are only paid upon arrival of the candidate in Ukraine.

That way, candidates who for whatever reason do not make it to arrive won’t have to undergo a strenuous refund process, which may still end up unsuccessful.

These, contribute in no small measure, as among the reasons to study in Ukraine for international students.

This is priceless, as the benefits typically continue for an entire lifetime.

There is the angle of cultural exposure and integration into a completely new society with the attendant benefits, and there is also the angle of personal and professional networking, friendship and bonding with lifelong value.

It is the kind of experience that cannot be replicated any other time in ones’ life.

These are not peculiar to Ukraine but apply to any other international country outside a person’s native home. Ukraine is a bit unique due to its combination of both Western and Russian-influenced cultures.

This is one of the most important reasons to bear in mind. Who wants to spend all the energy, time and money to get a certificate that won’t be recognized in many parts of the world?

International students in Ukraine have that covered because degrees and certificates from accredited universities in Ukraine are recognized globally.

This means that graduates from universities in Ukraine are not limited to their home labour demands, but are eligible for the international labour market, allowing the possibility of a professional career anywhere in the world.

This is among the primary reasons to study in Ukraine for foreign students, and is a very important one.

One of the tenets of the former Soviet Union in the academic arena was in-depth studies, a culture that Ukrainian educational institutions continue to sustain.

The academic process incorporates student’s participation during classes for both the theoretical and practical aspect. Students compensate for their absence from classes with reworks, which is mandatory.

Medical students pass through two different sets of intense exams that compels intense and thorough studies. Beyond that, they spend a lot of time at hospitals for practicals with real patients.

Technical students undergo a lot of laboratory and simulation works, and it is the same in other units. The underlying mantra is for the student to graduate as a body of knowledge in that field, and even advance it further.

This is why Ukraine is among the countries with the highest number of educated population ratio in the world.

This could be said to be the primary reason, among the others, why international students choose Ukraine over other Eastern or Western European countries for university education.

Comparatively, the cost of education is very low, compared to other European countries, in the Americas or Australia. Beyond that, Ukraine also has a relatively low cost of living, especially outside the capital, making the overall cost much more bearable for most parents.

Many students in the Western world are saddled with huge educational loans, even before they start earning a cent, which will have to be repaid after graduation. Many people carry this burden for a long time.

Lately, most Westerners have resorted to coming over to Ukraine for their education, and end up avoiding the huge debt burden from student loans.

So, if you are considering whether or not Ukraine is a viable option for your university education, use this as a reference for making up your mind, especially if you’re on a budget. You won’t regret it.

Watch the video below for the animated summary.