Every year, thousands of international students, mostly from Africa, Asia and Middle East, travel to Ukraine for educational purposes. Although Europeans and North American students are not left out, their number is, however, not as high as students from developing countries of the world.

Most of the students are on the search for quality but affordable university education. This is why it appears that this trend has made Ukraine, an educational destination for international students on budget.

The question is, how did Ukraine, a hitherto unknown country, suddenly dominate the educational choice destinations and become the favourite to many prospective international students? The answer is not far-fetched, as this is hinged mainly on the affordable cost of education in Ukraine, coupled with the vast number of such higher institutions that are willing to offer admission, almost automatically to qualified prospective international students, without the usual bottle-necks. Besides the relatively low tuition for most of the courses, Ukraine universities are very good in medical and engineering training, a feat that makes them one of the best countries in eastern Europe.

Notwithstanding, the notion of  “why pay more when you can pay less” has seen a good number of nationals from developed countries come to Ukraine for educational purposes. After-all, it is not a secret that a two-year cost of education in most of the developed countries can see a student through a degree 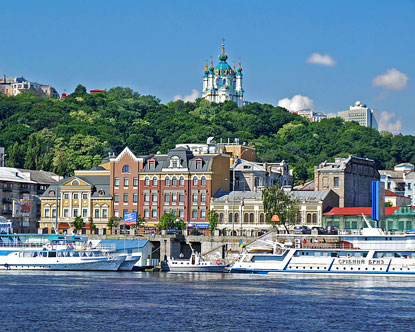 program in Ukraine. So, even those that are financially-endowed have recently tuned to reasoning: why really pay more when it is possible to pay less? Of course, the quality, infrastructure and opportunities in the more developed countries might not be compared to that Ukraine, but then, the cumulative savings arising from the reduced tuition cost is enough incentive for many prospective international students to dive-in,  head and body without looking back.

However, affordable tuition is not the only attribute, attracting international students to Ukraine. The truth is that, Ukraine has, so far, maintained a history of a socially conducive environment, suitable for learning purposes. Although some ill-informed try to link Ukraine with elements of racial discrimination, the fact is that Ukraine is very accommodating to foreigners. Of course, there will be pockets of hooliganism here and there, but can someone name the country that is completely free of that?  Compared to even some developed countries, the percentage of deliberate attack, targeted at foreign nationals is very low, if not negligible. So, this is another reason that is contributory to attracting international students to Ukraine for educational purposes.

The real boom actually happened by the activities of contractors or admission agents, who used the print and electronic media to spread the message far and wide. Until recently, many people wouldn’t consider Eastern Europe as a viable destination, owing to their limited knowledge of the environment and perceived affiliation of communism. However, with massive promotion and awareness campaign from the admission agents, it wasn’t long before most prospective international students had easy access to not just more information, but a service to assist the students with securing admission and other subsidiary services. This is actually what shot the demand for education in Ukraine above the roof, as it has attracted the attention of private investors in this field, with huge advertising budget, geared at generating revenue from students’ recruitment activities.

Like any other venture, there are bound to be some challenges and short-comings, and of course, it is present. Many unsuspecting students have fallen victim to fake agents, who have swindled them of their money with a promise to secure admissions for them. Also, even some of the legitimate agents, end up making the life of the students very miserable once they arrive Ukraine, by means of financial extortion for fees that was never mentioned earlier. Some of them would even collect the student’s tuition, but end up paying  just a fraction of it, without the knowledge of the student. So, the activities of the admission agents not only help, but sometimes, hurts deeply, and in most cases, they are the only means of securing admission from the university. Also, realizing that this as a viable venture, Ukraine is gradually commercializing the educational sector, which might eventually cause an upward shift of the educational cost in the near future, as the need to push revenue and profit margins increases.

As it stands, Ukraine has earned itself a choice destination among international students seeking affordable education abroad. Countries like Belarus, Poland, Moldova, Czechoslovakia and other countries of the Eastern Europe are also opening up their gates wider. How long Ukraine will maintain this position, cannot be accurately predicted. However, considering that they are seriously gearing towards joining the European union, it is most likely that the present competitive pricing might be temporary. A stitch in time, it is said, saves nine, so prospective students might want to get on board now, while the pricing is still comparatively low.